Looking for the best energy plans and providers in Roanoke, TX? Look no further than Energy Plans! We are an online platform designed to help you compare your electricity plan options and find the perfect fit for your needs and budget.

We know that choosing the right energy plan can be overwhelming – there are so many different options out there! That’s why we’ve created a one-stop shop to help you compare Roanoke energy plans and find the perfect one for you.

How Does It Work?

Here at Energy Plans, we’ll help you sort through all of the options and find the best Roanoke electricity plan for your needs. We’ll also provide you with information on Roanoke electricity rates so that you can make an informed decision. Just enter your ZIP code, then filter your results by energy usage, rate, provider, energy source, or many other elements to find the right Roanoke energy plans for your home or business! You have the power to choose the right plan for your needs, so take advantage of that today!

What to Consider When Comparing Roanoke Energy Plans

When you’re comparing Roanoke electricity plans, there are a few things to keep in mind. First, you’ll want to consider which type of plan is best for you – whether it’s a fixed-rate plan or a variable-rate plan. You’ll also want to consider the length of the contract and your source of energy.

There are two main types of energy plans: fixed-rate plans and variable-rate plans.

Fixed-Rate Plans: With a fixed-rate plan, your energy rate will stay the same for the length of your contract. This is a good option if you want stability and predictability in your monthly energy bill. Fixed-rate plans tend to be a little more expensive than variable-rate plans, as you won’t be able to take advantage of lower prices if they come along during your contract. However, you will be protected from price jumps if the market rises. It is important that you are happy with your rate when choosing a fixed-rate plan.

Variable-Rate Plans: With a variable-rate plan, your energy rate can change throughout your contract based on market prices. This is a good option if you’re looking for flexibility in your energy plans. Variable-rate plans tend to be less expensive than fixed-rate plans, as you’ll be able to take advantage of lower prices if they come along during your contract. However, you will be exposed to price jumps if the market rises. It is important that you are comfortable with the risks of this type of plan before choosing it.

The Length of Your Contract

The length of your contract is also something to consider when you’re comparing Roanoke electricity plans. Most energy plans are either monthly or yearly contracts. Let’s explore what that means for you.

Monthly Contracts: With a monthly contract, you’ll have the flexibility to switch plans more often. This is a good option if you’re not sure which plan is right for you or if you want the freedom to change plans in the future. Their short-term length can make them more expensive than yearly contracts, but the flexibility can help you avoid cancellation fees.

Yearly Contracts: With a yearly contract, you’ll have the stability of a single contract for a year or more. This is a good option if you’re looking for predictability in your monthly energy bill. Yearly contracts tend to be less expensive than monthly contracts since you’re committing for a longer time, but you may be charged a cancellation fee if you want to switch plans before your contract is up.

The final thing to consider when you’re comparing Roanoke energy plans is your source of energy. Electricity in Roanoke can come from a variety of sources. There are traditional plans with sources like coal and natural gas, as well as green plans with renewable sources like solar and wind power. Each type of energy has its own benefits and drawbacks, so it’s important to consider the pros and cons of each before committing to a plan.

Traditional Sources: Coal and natural gas are the most common sources of electricity in Roanoke. They’re also the most affordable options. However, they’re not environmentally friendly and can have a negative impact on air quality. They’re reliable and widely available, making traditional energy a good choice for many.

No matter which type of energy plan you choose, Energy Plans is here to help you find the perfect electricity plans at the lowest energy rates possible! We can help you compare your options for Roanoke electricity plans and find the best deal for you. Enter your ZIP code today to get started!

Q: What are some things I can do to avoid paying a minimum use fee?

Q: Is there anything else I should know about energy plans in Texas?

A: Yes, it’s important to understand the differences between different rate types such as fixed-rate, variable-rate, and prepaid. Additionally, you should always read the fine print of any plan before signing up for it to make sure that it meets your needs and budget. Finally, it’s a good idea to compare different plans and providers regularly to ensure that you’re getting the best deal possible.

Compare Roanoke electricity rates instantly, and choose the perfect plan for you! 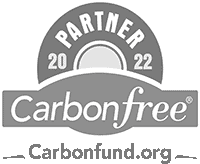